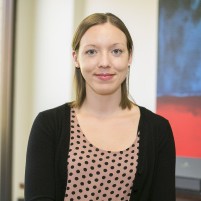 Lauren is an Analyst at Relay Ventures, an early stage venture fund exclusively focused on mobile software. Lauren is responsible for the research and analysis of industries and companies in and related to the fund.

Lauren holds a Bachelor of Commerce (Honours) from Queen’s University. Prior to joining the team in 2013, she worked at Inferential Focus, a New York-based business intelligence and change detection consultancy. Lauren previously worked for Redwood Strategic, a startup focused on earned media marketing in its first year of operation as well as in the entertainment industry in London, UK.

Lauren studied abroad at Kedge Business School in Bordeaux, France and the American University of Rome in Italy during her time at Queen’s. She also served as Co-Chair for the 35th Inter-Collegiate Business Competition in 2013, Canada’s longest-running undergraduate case competition. Lauren is based in our Toronto office.